"His winnowing fork is in his hand, and he will clear his threshing floor and will gather his wheat into the granary; but the chaff he will burn with unquenchable fire."

I love the lead up to Christmas. It’s this cozy, warm season. But just as I get settled in, John the Baptist shows up yelling.

Change! You better change! Change it all!!

John the Baptist scares me. He’s too intense. He calls people snakes. He’s not particularly concerned with being nice. He says, you think you’ve got it all figured out, just because your parents raised you right—well, don’t get too comfortable. In fact, he says, there’s one coming after me with a pitchfork. He will separate the wheat from the husks and burn the husks in unquenchable fire. Merry Christmas!

This does not feel like good news to me.

Again, and again John says, you better change. Change your heart. Change your life. Change! The churchy word for this is repentance. It’s a heavy word. It has a lot of baggage. It’s a word with flames licking around the edges. Turn or burn! When churchy people start talking about how we need to change, it often feels like judgment is lurking right around the corner. If you don’t change, you’re not good enough.

It might help to know that the word repentance just means to turn around. That’s all. We do it all the time. We change our minds. We have a change of heart. We repent. John just wants us to do it even more deeply.

I think we talk about change during Advent because we have to be open to change before we can be open to new life. It’s not that we have to get it all figured out or perfect, but we need to be open to the possibility of change.

I think the most important part of this passage is the unquenchable fire at the end. I know. That seems like the part we should skip. But it’s not. It’s essential. About a year ago a friend at the Tacoma Preaching Peace table taught me something about it that totally changed how I see it.

Husks, or chaff as they’re sometimes called, are an essential part of wheat. When wheat is growing, the chaff protects it in its earliest stages of development. It’s essential. There’s nothing bad about it. But then, when the wheat is mature, the chaff or husk has to be shed. It’s natural and normal. The farmer kind of helps it along. The husk has done its job. So, when we’re talking about wheat and husks being separated, it’s not that some of us are wheat and some of us are chaff. We all have both. We have the sprouting of new life, and we have husks that have served us for a while and then need to be shed.

Those husks can be patterns or habits that no longer serve us. They might be a worldview that we’ve outgrown. They might be a way of engaging conflict that no longer works. There are all sorts of things we outgrow, things that serve us for a time and then… need to go away. If we cling to how it’s always been, we get stuck. And the promise is that new life comes with a refining fire that is sometimes uncomfortable but that ultimately sets us free from what we’ve outgrown.

I think this is the kind of change John is calling us toward. If he were to stop yelling and talk in a quieter tone, what he’s offering is an invitation—an invitation to consider: What have you outgrown? What would you like to be relieved of? How do you need to be saved?

Consider: what has served you well thus far in life? What might you need to shed or be relieved of to be more open to the arrival of the Christ child? 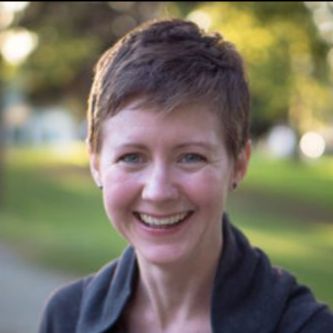