“From his fullness we have all received, grace upon grace.”

At the stroke of midnight on Christmas Eve, the night sky in Guatemala City explodes in bursts of color under the canopy of fireworks. Everyone heads outside into the streets to wish one another Feliz Navidad with hugs for neighbors, family, friends and strangers amidst columns of smoke and the barrage of bottle rockets.

After nearly an hour of grassroots pyrotechnic poetry, the throngs in the streets enter homes to open presents, eat tamales and drink ponche. Sometime around 3 a.m. folks finally doze off, only to be awoken at 6 a.m. when massive rolls of firecrackers are lit up all over the city, and then once again at noon — for anyone who still has something left to burn.

Have you ever found yourself and those around you caught up in the grandeur of something so transcendent and awe-inspiring that a new collective consciousness emerges? You know… where it feels like life can just never be quite the same again? Christmas Eve in Guatemala City can feel like an invitation to that type of transformation. It’s an invitation to stand mesmerized at the dance of light in the night sky — an invitation to wake up to the cosmic implications of the divine light that came into the world at Christmas.

The light of the incarnation, of course, whispered itself into the world much more like a flickering candle than an awe-inspiring pyrotechnic show. However, there is a sense in John’s prologue that the implications of the incarnation are similar to a midnight fireworks display meant to wake up a groggy creation.

At the outset of his Gospel, the view-finder of John’s attention is focused on God’s lavish abundance. He describes the gift of Jesus as “grace upon grace.”

Jesus embodies the unending goodness of God. He is God’s “yes” to the world. Imagine if our new way of seeing each day was built upon the exploding reality of that presupposition — that God is for us!

It would allow us to heartfully embrace the new year as good news of great joy for all people. God’s love overflows. There is enough for all… and then some! Those statements can seem trite, but when taken to heart, their implications are transformative.

When we recognize God’s abundant provision in the Word made Flesh, we are given renewed vision to see God at work in the present messiness of daily living. We are given new life.

This isn’t an invitation to ignore the reality of societal inequity, political corruption or cultural disillusionment. On the contrary, the Word made flesh sends us into the world to reflect God’s light, revealing the implications of the incarnation against a night sky that seeks to blind through fear, violence and the myth of scarcity.

The prologue to John’s Gospel serves as a fitting prologue for the new year ahead. Jesus, the Incarnate One, sends us into the world as light, as joy-filled wounded healers who bear witness to the liberating Good News that is diffused throughout all of creation — flickering like a candle in love, but with real life implications as clearly visible as fireworks in the night sky.

Grace upon grace for the New Year. 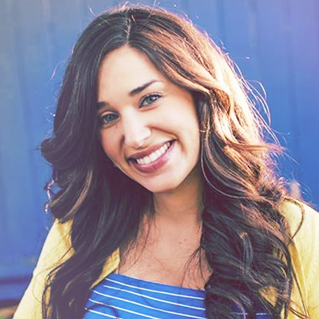