“They asked [Simon Peter], ‘You are not also one of his disciples are you?’ He denied it and said, “I am not.”

Of all the moments in the Passion story that usually arrest my attention, Peter’s denials in the dark of night are but background noise.

I immerse myself in the brutal agony and devastating beauty of the Via Dolorosa where my soul quickens and finds its home inside the unfolding drama of the ultimate consummation of humanity and divinity. I am among the women standing at the foot of the Cross — those midwives of the cross — bearing witness to Jesus’ labor, attending to his last words, his last breath. I receive “It is finished” in one hand and consider “It has begun” in the other, letting such a juxtaposition work its mystery in my mind and heart. (Christena Cleveland)

And yet today, my spirit keeps snagging on Peter. Like the weights on my fishing line caught between two river rocks, I’m forced to stop and pay attention to the snag.

You see, when I was invited to consider undergoing discernment to be ordained within the Street Psalms Order, I was as hesitant as I was curious. I carry so many scars for simply being a woman, particularly from a childhood immersed in an authoritarian, patriarchal family and faith. As I have lived out my calling, I have been deeply wounded by others in ways that are directly tied to my gender, even in “affirming” spaces. Yet, I realized that this ordained community presented an opportunity — I could name my wounds and process my hope for healing with the help of my sisters and brothers. And regardless of the outcome, I was being invited by the Spirit into a crucible moment in which the process would allow me to embrace my calling with more transparency and a greater sense of freedom.

I responded with resolve, spending the last six months of discernment listening to the Spirit, wrestling with my calling and flesh, and identifying who I needed to forgive. I have bravely initiated conversations. I have spoken my truth with honesty, vulnerability, and holy boldness as one beloved. I have been determined to relinquish many identifiable remnants of my wounds at the cross today. I so dearly want to emerge free on the other side of the tomb.

Yet, in this final turn, Peter’s denials now have me at full stop, halting my eager rush to the cross to loose the chains of my own marginalization. After days of gently tugging at the snag, I realized that in my focus on being courageous and stepping out of my chains, I failed to recognize the worst that I have done. I see myself in Peter.

I wonder about his experience in the hours leading up the rooster’s crow — the moment his participation in the scapegoating of Jesus was revealed. Was Peter scared? Did the unexpected events of the day make him feel uncertain about his future? Did he act out of fear as everything began rapidly spiraling out of his understanding, his control?

Or did he feel something different as he was swept up in the contagion of the crowd, eager to fit in and find acceptance … imitating the desires of those at every turn? After all, Peter’s words, “I am not ,” are the negative echo of Jesus’ earlier words, “I am HE.” Maybe Peter felt relief. By joining the crowd, he avoided immediate suffering at his Rabbi’s expense even as Jesus himself entered into suffering for the sake of the crowd.

All this from the man who courageously walked out on the water and boldly declared his desire to follow after Jesus, his willingness to lay down his life for Jesus. I feel the conflict in my gut. I have some Peter inside of me.

Oh Lord, have mercy. I failed to acknowledge my own complicity. In my fear I have sustained the status quo of marginalization. I too have denied you three times.

For all the times I chose the path of least resistance — to obscure, demure, or deter — I recognize therein my desire for self-protection, to appear righteous in the eyes of the other. As a result, I minimize and marginalize myself. I have oppressed the image of the Divine within me.

I deny my own humanity.

For all the times I have silently allowed others to justify my presence and calling, I recognize therein my desire to be accepted, to be included. As a result, I exclude every other woman whose voice demands to be heard or is currently taking risks no matter the sacrifice. I oppress my sisters. I oppress my sisters and brothers whose marginalization is greater than mine.

I deny their humanity.

For all the times I have chosen to vilify rather than do the hard work of reconciliation with those who have done me harm, I recognize therein my desire to condemn, to scapegoat, to perpetuate the very system Jesus the Forgiving Victim dismantles on the cross. I am the oppressor.

I deny my Lord.

Oh Lord, have mercy on me.

Thankfully, we know what Peter did not. He was already forgiven. He was still deeply loved. But for today, I invite you to sit with our brother and share his cup with our own confessions.

Lord, have mercy on us.

Take a moment to reflect on your humanity today. Where do you find yourself in the Passion narrative?

What wounds do you desire to lay at the feet of the cross?

Where in your spirit do the words, “Lord, have mercy on me,” resonate within you? 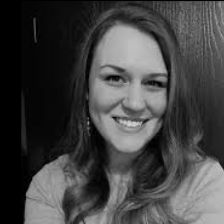