So the Jews gathered around him and said to him, "How long will you keep us in suspense? If you are the Messiah, tell us plainly.”

I do not like winters. My first ever taste of winter was when I went mountain climbing. I did not anticipate how much I would suffer from fatigue, high altitude exhaustion and unbearable cold and wetness. I remember daydreaming about my bed and appreciating the warmth back home that I sometimes took for granted.

There is a way that suffering reminds us of the things we once took for granted. Sometimes trouble inspires hope in us. But sometimes long waits and hardship can also lead to doubt.

It was winter when Jesus encountered his fellow countrymen who wanted to know if He was the Messiah. Maybe they had been driven by the misery of the cold to imagine the better future that they had always read about in the scripture. It’s possible the ongoing oppression by the occupying forces had heightened their desires for a better future even more. Regardless of the cause, they may not have been the only ones thinking along these lines.

I am reminded of the time John the Baptist sent his disciples to go find out about the identity of Jesus. Sitting in prison, a winter season of some sort for him, John begins to doubt whether what he had preached and who he had vouched for was really the one talked about in the scriptures. Jesus sends them back to John with a reminder of what He (Jesus) is doing, reminding John of the undeniable signs of the Messiah. At the time John records this conversation a lot more may have happened to point to Jesus as the Messiah. The only thing that remained was for the people to have faith, to believe that what the scripture said, which seemed to match Jesus’ actions, was enough to convince them of his deity, that indeed he is the Chosen one.

Seasons of hardship may push us to start questioning the truth of God’s love or God’s manner of being. Those who live in the margins of the society alongside those who serve them may find themselves in a land of perpetual winter, with long waits for relief to come, and longing for the day of their salvation. This yearning and waiting are exacerbated by the fact that the conditions that make the season unbearable also seem to slow down time, a state that may cause us to miss seeing what is right in front of us.

At first blush, It seems like it would have been easier if Jesus had simply answered the question about his Messiahship directly. But that may not have made a difference anyways. What they lack here, he suggests, is the gift of hearing.

Is the door shut for those who don’t hear? I doubt it.

Being a sheep doesn’t mean you won’t have doubts or be confused. It just means that you hear his voice and follow him, a journey that may take you through some strange places that we would rather not visit, like the backroads and ostracized communities of people who do not look or act like you.

For several years, we have worked with leaders who serve marginalized communities. We encounter leaders who are going through a crisis of faith, or who question their ability to walk with their members who seem to be facing perpetual life crises; often, we meet leaders who would even question their own competence to lead their congregations, and those who question the disconnect between their message of hope and their own seemingly endless struggle to meet their own needs.

However, at the end of our training, the majority of these leaders have come to learn to accept and trust Christ’s calling and presence among them as the single most important thing that keeps them going in his service. By maintaining close fellowship through prayer and breaking-of-bread friendship, it seems like they have come to believe that they have permission when confronted with doubt, to approach Christ with confidence as those who have been given to Jesus. They believe that he cherishes them above everything else, labeling them as priceless gifts, given by the father, and would do anything to keep them. True to his word, he defended them with his very own life when he died on the cross.

Are you still listening to the voice of Christ? How are you, in obedience, following Christ to some of the hard places in your community or in your own personal life? What are some of the questions you are wrestling with when you spend time in these hard places or circumstances in your life? 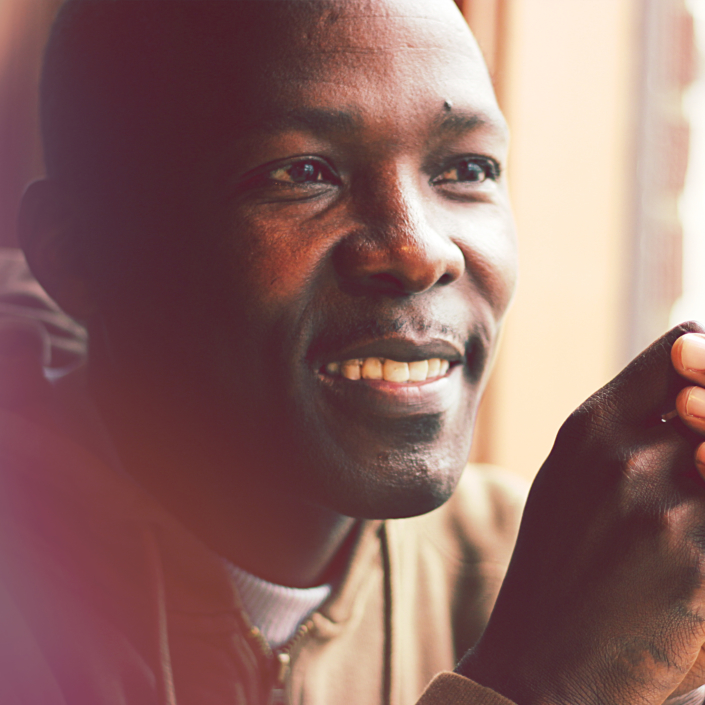