“Blessed is the king who comes in the name of the Lord!” 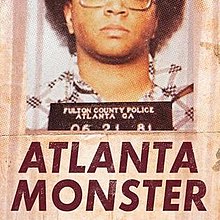 Learn more about the Atlanta killings

Between 1979 and 1981, twenty-nine young black people fell victim to a serial murderer in Atlanta, Georgia. I don’t know any of their names.I do have the name of JonBenét Ramsey indelibly sketched in my mind. Unlike the black children in Atlanta, JonBenét was a white American child of promise; thus, obsession with the drama surrounding her murder swept the nation in 1996.It took twenty-nine murders for the country to notice Atlanta’s missing children, while the theater surrounding JonBenét emerged immediately and was sustained for years. Shouldn’t the death of all children be treated as equally tragic and heartbreaking?

These contradictory responses drive me to the story of Isaac and Ishmael, and ultimately to our Gospel for today. Isaac was a child of promise. Ishmael was not. Abraham, Isaac’s father, seems to have given little thought to sending Ishmael and his mother into the wilderness to die, and we rarely hear much discussion about it ourselves.

Meanwhile, Isaac’s close call with death by sacrifice has garnered much theological attention throughout history. I imagine Abraham himself being confronted with the question, “If you think it’s OK to let kids die, then why does it feel so bad to see your own child of promise on the alter?” Like so many today, it seems Abraham needed the dramatic spectacle of his own son, being bound and dressed as a sacrificial offering, to be shocked into consciousness about oppression, injustice, and privilege.

In this week’s Gospel, we read about Jesus’ dramatic entry into Jerusalem. He comes representing the marginalized Ishmael, the children of Atlanta. He also represents the children of promise, akin to Isaac and JonBenét. His entry signals the truth: that injustice and iniquity certainly devour the disregarded but also sacrifice the children of promise. The joyful praise of his followers certainly marked the Savior as a child of promise. But, his chosen chariot, beasts of burden, surely fixed him among the most lowly. His entry is a setup, intended to shock us into the reality that even highly favored children of promise are sacrificed at the altar of injustice. Jesus seems to be crying out, “Take note of the praises, but prepare to see what they do to your child of promise.”

It is a myth that going along with oppression or maintaining a posture of silence in the face of it will somehow insulate us from the damages of injustice. The triumphant entry of the Blessed One “who comes in the name of the Lord” lays bare this myth. His celebrated procession toward the cruciform altar calls us to watch, reflect, and move to righteous action. We must, because iniquity continues its mission to devour all children,  the forgotten, and those cloistered behind gated communities. We have much before our eyes to shock us into consciousness. May the crucified one help us to see through his eyes.