"For the kingdom of heaven is like a landowner who went out early in the morning to hire laborers for his vineyard…When evening came, the owner of the vineyard said to his manager, 'Call the laborers and give them their pay, beginning with the last and then going to the first.'”

No! No! No!” My two-year old son screamed as we drove down the interstate at seventy miles per hour. “I want the door open!” At this point, he had been crying for almost five minutes, demanding, for some unknown reason, and really, out of nowhere, that we leave the doors open while we drive. He doesn’t know how to say, “It’s not fair” yet, but I could hear it in his voice.

“Fairness” can be a funny concept. It’s a gift from God, to be sure. But more so than justice, we have a tendency to view fairness through such a momentary and parochial lens, like it’s limited to the immediate transaction taking place and is centered on me. Our sense of “fairness” can quickly become blind to history and context. And sometimes, especially when we are in positions of power, when we focus on what we believe is “fair,” we might actually work against the deeper issues of justice and grace that are supposed to be its driving forces.

Can you see it in our story today? There’s a queue of workers up and at ‘em bright and early in the morning. The master of the vineyard shows up, and he hires a crew to work the fields for a day’s wages. And then, inexplicably, returns every three hours or so and continues hiring more workers, up until 5 pm. When it comes time to pay the laborers at the end of the day, he pays the latecomers first. Worse still, the firstcomers get the same wages as someone who had barely toiled for an hour. That’s not fair! Right? Can’t we all agree on that one?

But if we go deeper with the question of fairness, it takes us down some interesting pathways. Did you notice the landowner’s interaction with his 5 p.m. hires? They’ve been “idle” all day because no one would take them. Why do you think that is? What made them so undesirable that, despite their best efforts, they were the last to get picked?

Were some physically disabled? Or maybe they had congenital health issues? Maybe they were outcast because of something a family member had done? Had some grown up in rough environments and committed crimes before they even knew what they were doing? Or worse yet, had they been falsely imprisoned? Or maybe, just maybe, some of them were migrant workers fleeing violence or poverty in their home country? Regardless, it’s likely they were outcasts. In other words, they couldn’t get work, even though they wanted it, for reasons outside their control. That’s not fair! Right? Can’t we all agree on that one?

Hear my clearly as I state it again. I believe that the concept of fairness is a gift from God. But, like any gift, it can become a law unto itself, devoid of the grace and love that is supposed to animate it.

And if you spend your time on this parable trying to figure out who is “right,” and what is “fair,” you’ll most likely miss the bigger point at play…because the main character in the story seems to be singularly focused on one thing: the open invitation to join him in the good work.

He is constantly inviting anyone and everyone, especially the overlooked, into the work of planting the seeds and cultivating the fruits of God’s grace and forgiveness. It’s hard work indeed. And sometimes, when the sun beats down strongly, and the day is long, it can be tempting to look around and question whether it’s worth the pay. And often, that is exactly when God brings in reinforcements. Not just to make the burden lighter, but as a way of revealing himself and the nature of his kingdom to all involved.

I don’t know where I would fit in this parable. But if I’m really honest with myself, I’ve probably left the field a few too many times and still been called back to the never-ending revelation of God’s graceful work. The invitation is open and on going…may God grant us the gift to revel in the mystery of the “last being first.” It seems that may just be the way to truly see his face. 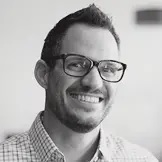