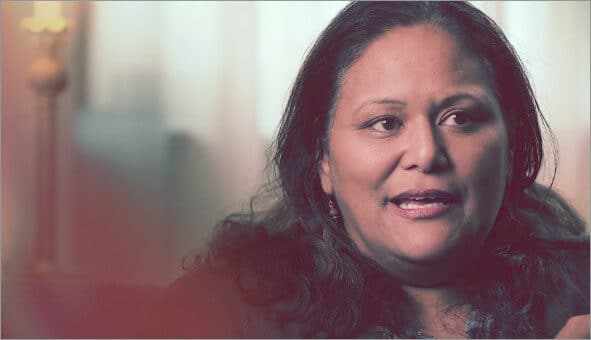 Lina lives in White Center, WA where she grew up and now serves as Senior Pastor at Lake Burien Presbyterian Church. Her family was among the first Samoan families to move to the Seattle area and founding members of First Samoan Congregational Christian Church in Seattle. Lina’s family has lived in the same home for 55 year where Lina lives today.

Lina was instrumental in introducing Street Psalms to nine U.S. cities when she worked at World Vision U.S. Programs. She has served in urban ministry for more than 30 years, and is nationally recognized voice for urban youth development and a sought after speaker, teacher and worship leader. She is known widely for her winsome, relentless (and sometimes fierce) Gospel love of her community and those at the margins.

Lina is a lifelong Washington State Cougar fan that some have called an obsession, where her brother was a quarterback who went on to play in the NFL for 8 years.