And the king will answer them, ‘Truly I tell you, just as you did it to one of the least of these who are members of my family, you did it to me.’

Identify with those who have nothing. Not in charity alone so as to be a helper of those without food, clothes, or who are imprisoned. Rather, identify with their humanity. I was hungry, thirsty, naked, a stranger, imprisoned, and sick. That is me!

We often read Matthew 25:31 – 36 as a judgement of those who neglect the poor, and a call to acts of charity. But when we center the text on Jesus, a theme begins to emerge—Jesus identifying himself as the ‘least of these.’ This act of complete solidarity goes much further than charity, it completely upends the dynamics of power and poverty.

In the book of Matthew, chapters 24 and 25 can be described as a set of sermons or teachings given over several days. Today’s text comes from the last of those sermons, and it is often read through the lens of judgement. The Son of man comes with angels and a throne and the nations of the earth gather together before him. Jesus plays the role of a discerning king who separates out the sheep from the goats. The sheep inherit the kingdom prepared from the very beginning of the world. But the goats have a much more dire fate. To be judged as sheep or goat hinges largely on how they treated the poor, hungry, thirsty, and the stranger.

It is within the context of caring for those experiencing poverty, homelessness, or sickness that a more transformative message in the text actually transforms the dynamics of power at the foundations of poverty. We live in a world of great wealth and extreme poverty, homelessness, food insecurity, a global pandemic, and displaced people groups. We are called to be generous with our resources. And while doing necessary charity, if we are not careful, we can miss the good news.

If you look beneath the judgement of a nation’s people as sheep or goats, you see the distance the Son of Man travels in this text. It was not that the sheep, the righteous, visited the imprisoned knowing it was Jesus. The good news is not that the people did good things to or for poor people and that made them righteous. The righteous unknowingly were serving the King because the King is the sick, the imprisoned, hungry, and thirsty. He himself is the stranger.

Can there be any greater check on power in regard to poverty than for Jesus to envision a world where power authentically relates to poverty instead of demonizing it or even pitying it? We know the hungry, thirsty, and sick followed Jesus as he walked from city to city. Undoubtedly, they heard this prophetic vision of the Kingdom. Can you hear someone with an ailment from birth saying, “the one who claims to be king, sees himself as me.” Might a child whose father is wrongly imprisoned by King Herod, hear Jesus and believe that to be the good news. Jesus is not king of the ‘least of these.’ The ‘least of these’ is king. 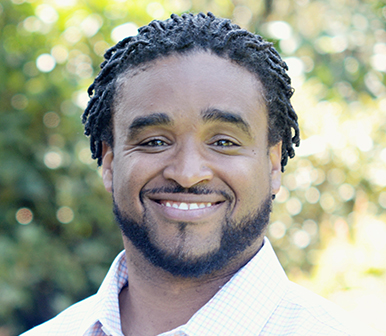