At once Jesus realized that power had gone out from him.

At first glance, the fifth chapter of Mark is full of stories that appear to be mostly about healing. At the beginning of the chapter, Jesus casts out demons from a young man; and today, we see him heal a woman and raise a girl from the dead. Healing is clearly an important and wonderful part of the narrative.

But when you take a step back, another theme emerges — the fifth chapter of Mark is all about Power. More specifically, the interplay between power and powerlessness.

The Community Outcast
The chapter opens with Jesus stepping off a boat in the Roman stronghold of the Gerasenes. The welcoming party is a possessed man so powerful his community couldn’t physically control him, but so powerless he couldn’t control the demons inside of himself. Jesus casts out the demons, who call themselves legion (a Roman military term for a large group of soldiers) and dispatches them into a herd of pigs that run into the sea (an eerie echo of the Egyptians at the Red Sea, another imperial power).

Jesus’ use of military language and the imagery of this story underscore that Jesus’ power is the inverse of Roman military and political power. The town’s reaction to the events — asking Jesus to leave — exposes that they are more concerned about their economic power (the loss of the pigs), than in the healing of the young man they had cast out into the cemetery.

The Powerful Leader
When Jesus returns to the other side of the lake a crowd is waiting for him. In the crowd is a powerful man named Jairus whose daughter is sick. This synagogue leader publicly approaches Jesus without hesitation and asks Jesus to come to his house and heal the girl. Jesus agrees and begins making his way through the crowd.

The Ostracized Woman
There’s also a woman in the crowd who’s been afflicted with bleeding for twelve years. This unnamed woman stands in stark contrast to Jairus. Her status as a woman, and as one deemed “unclean,” means she can’t just walk up to Jesus and ask for healing. Her approach to Jesus is not one of empowered status. She stealthily maneuvers her way through the crowd, making those she brushes past unknowingly “unclean,” as she clandestinely circumvents both the crowd and their social norms. Finally, she tip-toes up to Jesus and touches his clothes. She is immediately healed.

No one has noticed the woman except Jesus. He stops in his tracks when the encounter happens and asks, “Who touched me?” This is a ludicrous question to ask in a teeming crowd, something noted by the disciples. But Jesus had felt a specific touch — one that caused the power to go out of him. The woman, unseen by the crowd, makes herself known to the only one that knew she was there. Jesus tells her that her faith had healed her and he blesses her.

The Sick Child
Meanwhile, Jairus’ daughter dies at his house. Messengers come to inform Jairus and Jesus; Jesus responds, “Don’t be afraid, just believe.” When Jesus arrives at the house, he tells the gathered mourners, “The child is not dead, but asleep.” Jesus then goes into the girl’s room and takes her hand, and she is healed. Jesus tells Jairus and his wife, the only witnesses, not to talk about what happened and to get their daughter something to eat.

What Does It All Mean?
With the backdrop of Roman military and political power Jesus heals a young man who is powerless against the demons he carries. This healing causes the values and economic power of the community to be called into question.

With the backdrop of religious power (Jairus being a synagogue leader) and social status, Jesus heals an outcast woman and the daughter of a powerful man (who is powerless to save his own child). With a large crowd outside, Jesus’ instructions to say nothing circumvents the power of the crowd.

The power that leaves Jesus is not political power, military power, economic power, religious power, social status power, or the power generated by the crowd. Rather it is power on behalf of those who are powerless. In doing so Jesus shows us that real power is not found in any of those things, but rather in him and his kingdom.

What Does It Mean For Us Today?
The temptation for all of us is to believe that if we could just gain power, in whatever form — political, military, economic, religious, social status, popularity — we could achieve great things, and maybe even save the world. It’s not hard to find examples of those that, with good intentions, grasped for power only to be swept away by the power itself.

To be a Christian is to literally be “a Christ-like one.” In light of Mark 5, that raises  important questions. How will those of us with power — of any kind, great or small — use it? Will we use it for our own advancement, or on behalf of those who are powerless? Will we engage in violent or abusive applications of power or, as Stanley Hauerwas says, “resist evil by using the weapons provided by the Sermon on the Mount”?

I also wonder how we will respond when we feel powerless ourselves. Will we seek to gain power, or will we approach Jesus, even if we have to sneak up to him, knowing that just by touching him there is power?

What power do you have?
Where can you use that power on behalf of the powerless?
When you feel powerless what is your response? 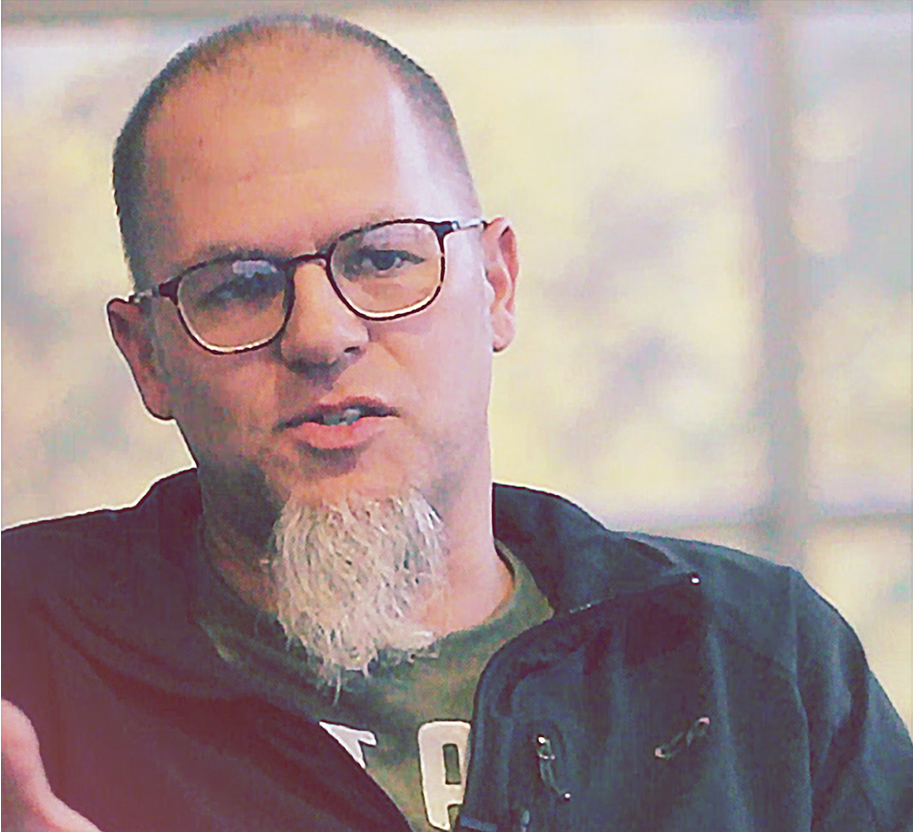