He went to Nazareth, where he had been brought up, and on the Sabbath day he went into the synagogue, as was his custom. He stood up to read, and the scroll of the prophet Isaiah was handed to him. Unrolling it, he found the place where it is written: ‘The Spirit of the Lord is on me, because he has anointed me to proclaim good news to the poor. He has sent me to proclaim freedom for the prisoners and recovery of sight for the blind, to set the oppressed free, to proclaim the year of the Lord’s favor.’

For the last twelve years, I’ve had the privilege of working with gang-involved and justice-involved young people. My colleagues and I recently launched a non-profit and so much of our organization is connected to and modeled after our hero, Father Gregory Boyle, and his organization, Homeboy Industries.

Father Greg frequently says that young people don’t just wake up one day and choose to become gang members. Rather, every gang member he has worked with was always running “from something.” This quote was never more relevant than for a young man named Chance.

I met Chance in my role as chaplain at Colorado’s longest-term facility for boys. When I first met Chance, he was emotionless, a quality he carried with him throughout the handful of years we became friends. Moreover, he (as was common with all of my young people) did not readily trust people, something it took me years to build.

Chance’s mother struggled with addiction. She was in and out of prison and ultimately, Chance’s life. As a toddler, he would be in the back of the car as his uncles carried out drive-bys. At the age of 10, Chance found himself alone and homeless. When I asked him where his father was during his childhood, he said, “I ain’t never met that man.”

Chance was the byproduct of broken systems, cycles of poverty, trauma, and violence. Chance was the poster child for these realities. And because of these realities, he found himself caught in those same systems and cycles at a young age. When I first met Chance at the long-term facility, he was only 15, 2.5 years younger than the average youth in the facility.

Chance served two lengthy juvenile sentences. Over the years of our friendship, he and I met regularly. During our time together, Chance shared everything with me: his past, his family, his struggles; but also his passions, hopes, and dreams.

Chance had PTSD, for obvious reasons. When he was triggered, his trauma response was to run away (in trauma we typically “fight, flight, or freeze,” Chance chose “flight”). During his second sentence, Chance ran away from the halfway house where he was living. He was on the run for several months before getting arrested. Once in confinement, he told his parole officer that he needed to talk to me immediately.

I jumped on a call with Chance, and one of the first questions I asked him was, “Do you believe your life can be better than what you have experienced?” He said,“I don’t know, Preston, I really don’t, but I want to try and make it happen.”

Two months later (three weeks ago and three weeks after he was released), Chance overdosed on fentanyl, a drug that has destroyed so many in our communities.

Throughout the past couple of weeks, I can’t help but come back to Luke 4. I continue to ask: What is Good News to those who are consistently impacted by systemic racism, oppression, violence, trauma, mental health struggles, and impoverishment? What was Good News for Chance? What did liberation look like for him? How could he have received sight? How could he have experienced the Lord’s favor?

I have lost over a dozen friends to the “streets,” young men I have loved dearly. I wish I could say that each death gets easier, but I don’t think it does. Lately, it seems that after each death, I continue to ask the questions of Luke 4. I still don’t have the answers.

But I know that Jesus continues to invite me to follow him and live this passage out, even when it appears there is little solace for my young people, their families, and their communities. Jesus reminds me that Luke 4 is the only hope for those on the margins and the only path toward a more whole world for everyone.

Jesus quotes a familiar passage from Isaiah 61 in this, his first sermon. But perhaps what is more notable is what he doesn’t say. He leaves off the bit announcing the “day of vengeance of our Lord.” Why do you think he reads this text selectively? 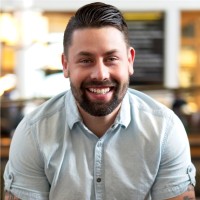