The Rich Man and Lazarus

'If they do not listen to Moses and the prophets, neither will they be convinced even if someone rises from the dead.'

This week in Luke 16, Jesus shares the parable of the rich man and poor Lazarus at his gates — a strange story full of inversions for any listener.

This story isn’t an isolated tale. It comes as part of a series of parables, beginning in Luke 15, that are told in the presence of his disciples; the gathered crowd, including tax collectors and sinners; and the Pharisees. I picture the Pharisees on the edge of the crowd, present only so they can revel in their own disgust and self-righteous superiority. The gospel author furthers this image; he writes, just verses before today’s text, that “the Pharisees loved money, heard all of this, and were sneering at Jesus.”

It’s to this crowd of cultural enemies that Jesus begins his series of parables, telling about lost things — coins, sheep, family members — perhaps urging the listeners to recognize that they, too, have lost potential sons and brothers, mothers and sisters, in their broken relationships with one another. In telling stories that feature something that each group in his audience would care about, he draws on that affection and amplifies it to apply to other humans. Yes, even those humans, the ones who we have been taught to hate, the ones we classify as sinners, the ones we blame for our pain. In the midst of people who have learned to hate each other, Jesus invokes a sense of recovery and reconciliation.

I imagine, from the story that comes next, that Jesus’ strategy isn’t fully effective. Perhaps the occasional tax collector has the realization that God wants him, who has been lost, just as much as he has wanted coin. Perhaps an estranged Pharisee even identifies, secretly, with the lost son. But few people are turning to their neighbor and seeing them as the lost, desired, beloved of God, with whom they can reclaim relationship and a sense of belonging.

So Jesus tells the story of the rich man and Lazarus. In his inverted logic, he gives the rich man no name — a cultural signifier of having no identity nor status — while the poor man is personalized. The afterlife is identified as Hades, both a name and concept borrowed from popular (and not Jewish) culture. The uncrossable chasm between the haves and the have-nots remains, but their circumstances are reversed: the rich one is hungry and thirsty, while the poor lives in comfort. Abraham, the father of the fathers of their religion, seems hard-hearted against the rich man and his entire family, refusing to send an additional message of warning to the living.

The rich man pleads for a message to his brothers — if someone goes to them from the dead, they will repent, he is certain of it. And then the climactic sentence of the story, placed in Abraham’s mouth: “If they do not listen to Moses and the prophets, neither will they be convinced, even if someone rises from the dead.”

What are we, as followers of the one who is crucified and resurrected, to do with this declaration?

Coming from the mouth of Jesus, who will become the risen Christ, we hear such certainty that a return from the dead will not convince the hard-hearted, the disinterested, the rich. And the author of this Gospel was a person who believed in the resurrection, whose life was altered by Christ — what are we to make of his desire to capture this story in which Jesus discounts resurrection?

The statement seems to contain an implicit case against the entire set of writings that come to be the New Testament: All you need is the law and the prophets, Jesus says. The statement might even be a case against Christ — what is the point of resurrection if it doesn’t change hearts? If it doesn’t impact belief or behavior?

Perhaps the resurrection isn’t the point, or at least not the main point.

Perhaps Jesus knows that rising from the dead isn’t what will convince a rich man to give food and water to his neighbor. That resurrection doesn’t convince people to be compassionate, generous, and kind to their fellow human who is like them and a world apart. That death and a return to life won’t convince anyone of the core, the heart, of what it is he is trying to communicate.

The true message comes through Moses and the prophets, and yes, through Jesus himself. It comes through their teachings, and even more so, through their lives — the ways they gather, the emotional resonance they carry, and the transmission of what they feel to other bodies in their presence. What convinces is gestures of welcome, invitations to belong, shared meals, and an undying belief that our neighbor is as worthy of love as we are, and a hope that at their core our neighbor — yes, even that neighbor — wants to be connected, kind, and compassionate, if they only felt safe enough. 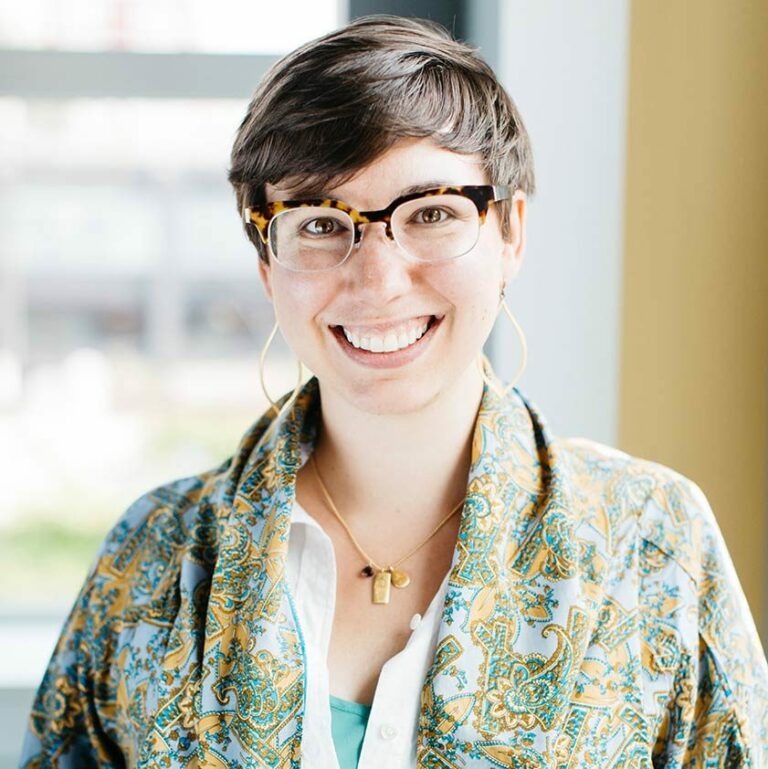